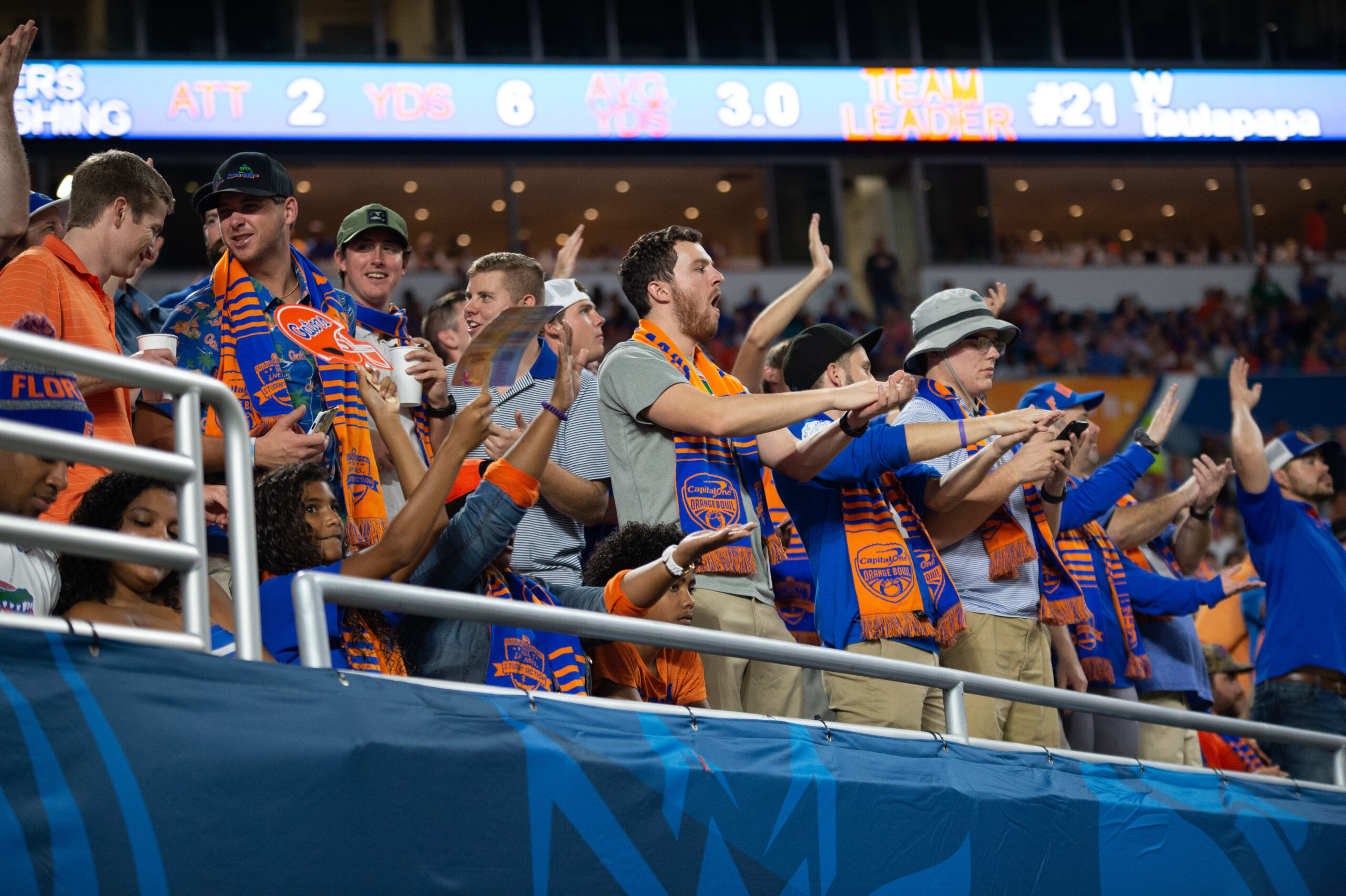 Recently, Hurricane Ian devastated the Gulf Coast and the state of Florida. As we continue to spotlight their good work, our thoughts are with our colleagues at the University of Florida and everybody across the state.

If you’re like most people, you’ve probably wished for a way to add more hours to the day. With a growing list of prospects, continued demand for increased revenue, and several disconnected systems to manage, the University of Florida’s Gator Boosters wished the same. By strategically looking into their fans and donors, however, the Gators found a solution.

In a live webinar hosted by Affinaquest on September 13th, Andrew Case, Assistant AD of Revenue Generation for the Florida Gators, and Ryan Schulman, Associate Director of Development for the Gator Boosters, discussed the strategy developed at Florida to better determine which major gift prospects to target.

As Case and Schulman shared in the webinar, the core element to this strategy was developing a complete profile of their fans and donors by utilizing Affinaquest’s Central Intelligence platform. This allowed the Gators’ major gift officers within the department to maximize their time and energy around prospect identification, overcoming the need for more hours in the day and resulting in a win for both their calendars and prospecting goals.

According to Shulman, this strategy worked., Gift officers are now able to pinpoint prospects with a high level of engagement and capacity among the thousands of fans in their database. This allows the team to better organize and prioritize their outreach, ensuring that their efforts result in a bigger fundraising impact.

While the Florida team used advanced techniques like scoring and dashboards to accomplish this goal, every athletics department can use data to better understand—and prioritize—their prospects.

Pulling the Data Together

Before launching their prospect identification project, Florida, like many athletics departments, did not fully understand who their fans were. They knew who bought tickets, and who had donated to the program in the past, but they didn’t have a deeper understanding of their fans outside of those narrow views.

This is because the Gators’ fan data was scattered across various athletics systems, such as ticketing, development, CRM, and merchandise.  Segmented into these siloed systems, the information could not be accessed in a comprehensive way. As a result, the development team was working with incomplete profiles and limited information about their prospects.

For Florida to deliver the right message to the right person at the right time, they needed to fully understand their prospects.  To do this, they had to find a way to bring together all the data from across their various systems so that gift officers had access to a complete profile of each individual.

As Affinaquest clients, the Gators knew that data consolidation was easy with Central Intelligence. Central Intelligence aggregates data from sources across the Florida campus and beyond—including their merchandising partner, Fanatics—and then cleans, positions, and structures that data before depositing it into a central data mart, thereby making it actionable in future campaigns.

From the wealth of information uncovered by Central Intelligence, the Gators identified the data points that they determined to be most relevant in understanding their fans. This data included wealth information, demographics, and a wide range of Gator fans’ engagement and spending behaviors.

The Gators access a dashboard that acts as a scoreboard for the team, putting essential data points at gift officers’ fingertips. Key information is displayed both visually (maps and charts) and traditionally (tables).

By utilizing the Central Intelligence platform, the Gators assigned a customized engagement score to each constituent. For example, fans who attended several games, bought gear, and opened emails, received a much higher score than those who attended one game and ignored all outreach. When combined with Affinaquest’s propensity and capacity scores, it gave gift officers a quick and easy way to rank their prospects in priority order.

By identifying new viable prospects with consistent engagement, Schulman and the Gators’ development staff saw outstanding returns in new major gifts to support their student-athletes and athletics programs. Since December 2020, this enhanced prospecting initiative, with the power of their dashboard, has directly or partially contributed to more than 30 major gifts with a powerful financial impact on the department.

Every athletic department’s alumni and fan base grows each year. It spreads across the country as students graduate and relocate.  Many of these constituents remain active and loyal fans to their institution, passionately yelling at the TV on game day, decorating their homes in their school colors, or wearing their favorite team apparel. Identifying these long-distance fans unlocks new revenue opportunities, however, is not immediately evident. However, these new revenue opportunities were made possible through UF’s partnership with Affinaquest.

One of the most important outcomes of Florida’s efforts was a new ability to look beyond traditional engagement indicators such as ticket sales for prospect identification. Fans who live outside of Florida and the surrounding region are much more limited in their ability to purchase tickets or attend games in person. Florida is now able to utilize other signals like merchandise purchases to indicate loyal fans and potential donors.

The Gators used this new data to produce a heat map highlighting and revealing geographic regions with higher numbers of prospective donors.  With greater access and insight into the wider Gator Nation, Florida gift officers use this map to tailor their travel and outreach strategies across the country.

Measuring Fan Engagement: The Glue that Holds it All Together

While the Gators’ maps and dashboard provided a place for their team to access and utilize their fans’ cohesive profile data, accurately measuring fan engagement is the glue that holds the whole prospecting effort together. Many athletics departments would benefit from implementing a strategy like Florida’s.

To establish a prospecting model for your department, here are a few foundational questions to get you started:

By answering these questions and incorporating your various data sources into one place, you can get a more cohesive view of your fans’ unique engagement, allowing you to better identify your most loyal supporters and, subsequently, your best prospects.

Altogether, comprehensive engagement data makes it easier for gift officers to focus their time and efforts and to personalize their outreach to those individuals as well. Based on engagement and indicators, your staff can better prioritize who to reach out to and, based on the Affinaquest’s personalized scores, the right message to send them.

As Schulman noted in the webinar, there is no silver bullet to finding the best prospects. However, this approach to prospect identification for collegiate athletics adds a scientific approach to a realm that has traditionally been driven by the art of relationships. This method allows the Florida Gators to focus their time more efficiently on the right prospects yielding significantly improved results.

To dig deeper into the technicalities of Florida’s efforts, including the team’s dashboard and their process,  watch the webinar. You can also read about their remarkable outcomes in our Florida Gators case study. To request a demo of Affinaquest’s Central Intelligence solution, click here. 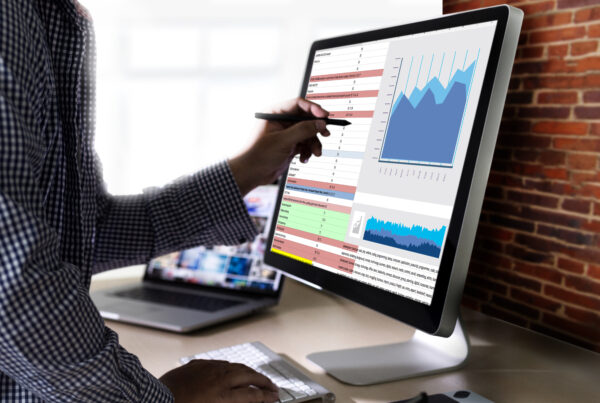 Do You Need To Hire Someone For Your Data Strategy? 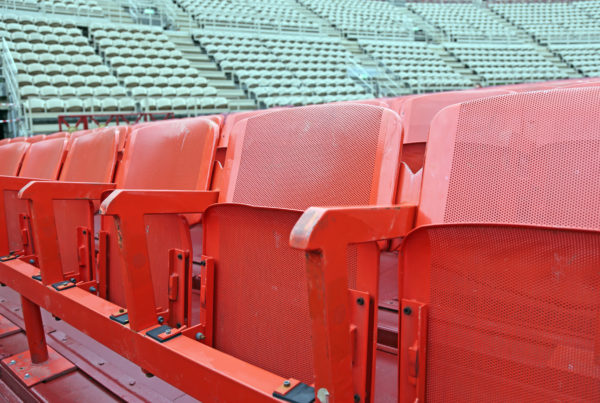 Four Ways to Get the Most Out of Secondary Data 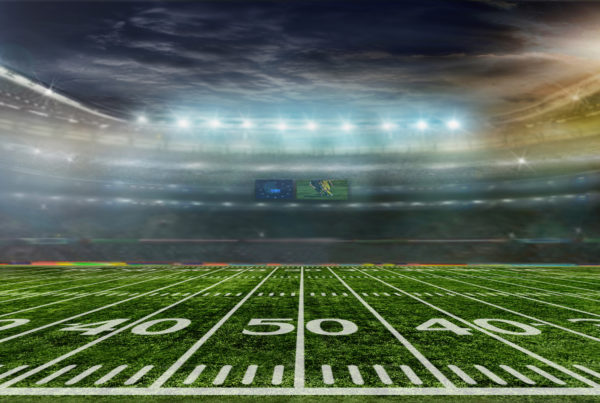